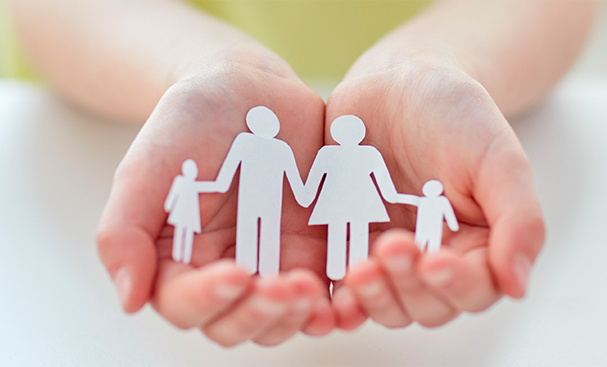 The CFA was incorporated in 2005 as a non-profit organization to raise awareness and educate the public about Fabry disease, a very rare life-threatening genetic, lysosomal storage disorder.

Made up of those who live with and are affected by Fabry disease, the CFA encourages and supports research into the causes, treatment and management of Fabry disease, but most importantly arranges for, coordinates and increases the facilities available for diagnosis, consultation and treatment of those suffering from Fabry disease.

The objective of the Canadian Fabry Association is to inspire hope and improve the quality of life for all those affected by Fabry Disease through the support of research, public education, advocacy and awareness.

Our vision is to inspire all those affected to “Live Well With Fabry.” 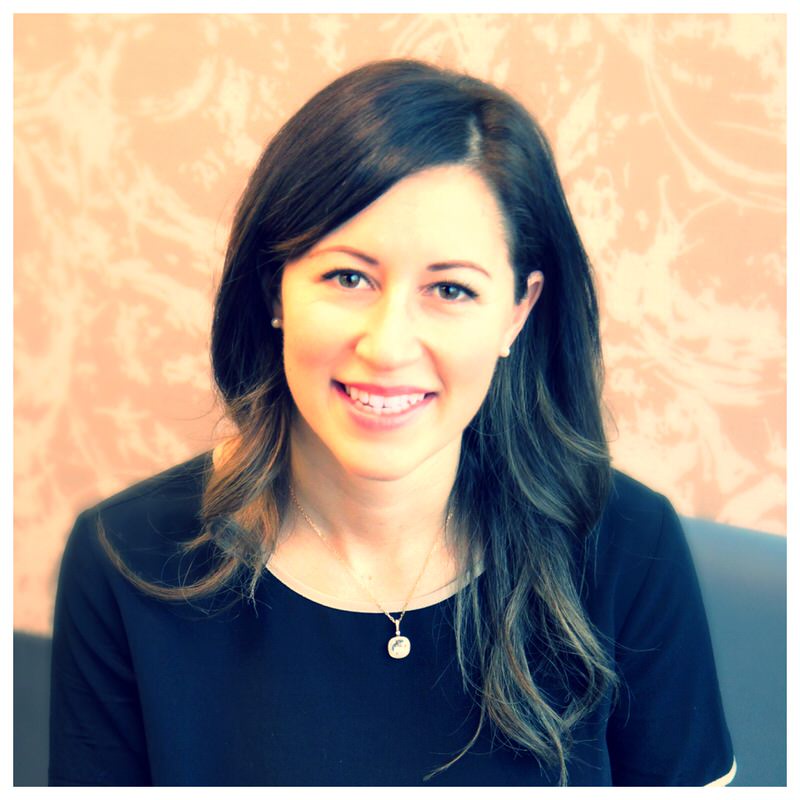 Julia Alton lives in Thunder Bay, Ontario and has been part of the CFA Board in varying capacities since 2005. Julia’s focus for the CFA is to foster a strong community, build upon patient advocacy objectives, increase awareness, build patient empowerment and inspire those affected to live the best life possible. 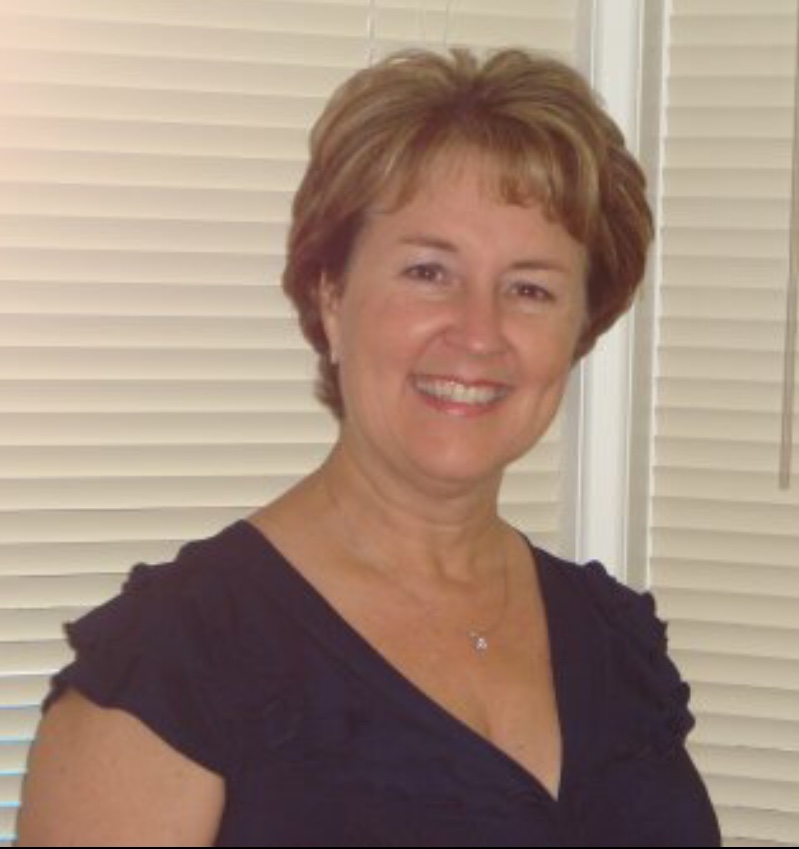 Donna Strauss is co-founder of the CFA and has been actively involved with Fabry patients and their families since 2004. Donna brings a true understanding of the devastating affects this disease has on patients and their loved ones. Donna’s husband, John, passed away from Fabry disease in 2004 and her daughter, Julia, currently lives with the disease. Donna has fought hard with the provincial and federal governments to secure treatment for all Fabry patients in Canada. Her goal is to continue providing support to families and patients affected by Fabry disease, and to promote continued education through both regional and national meetings. 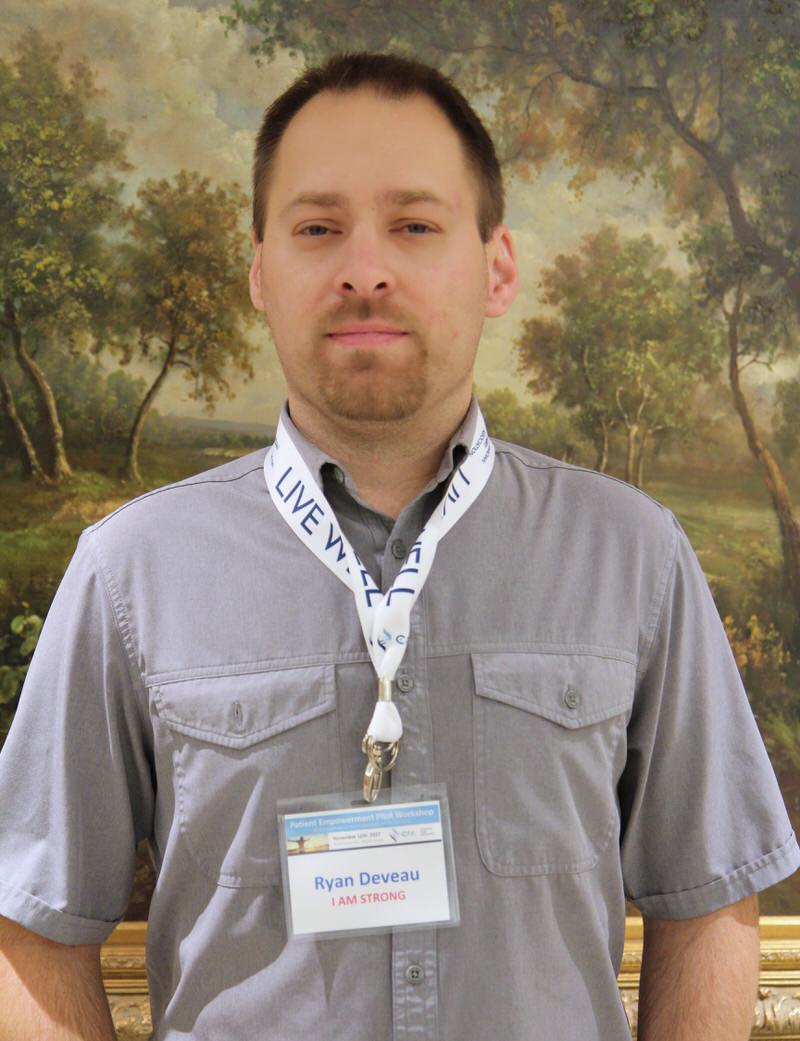 Ryan Deveau joined the CFA Board in 2009 and is currently in the role of Secretary. Ryan lives with Fabry disease and is married with two sons. In his spare time, he enjoys amateur astronomy and spending time with family. Ryan works in the Information Technology field and very much enjoys it. 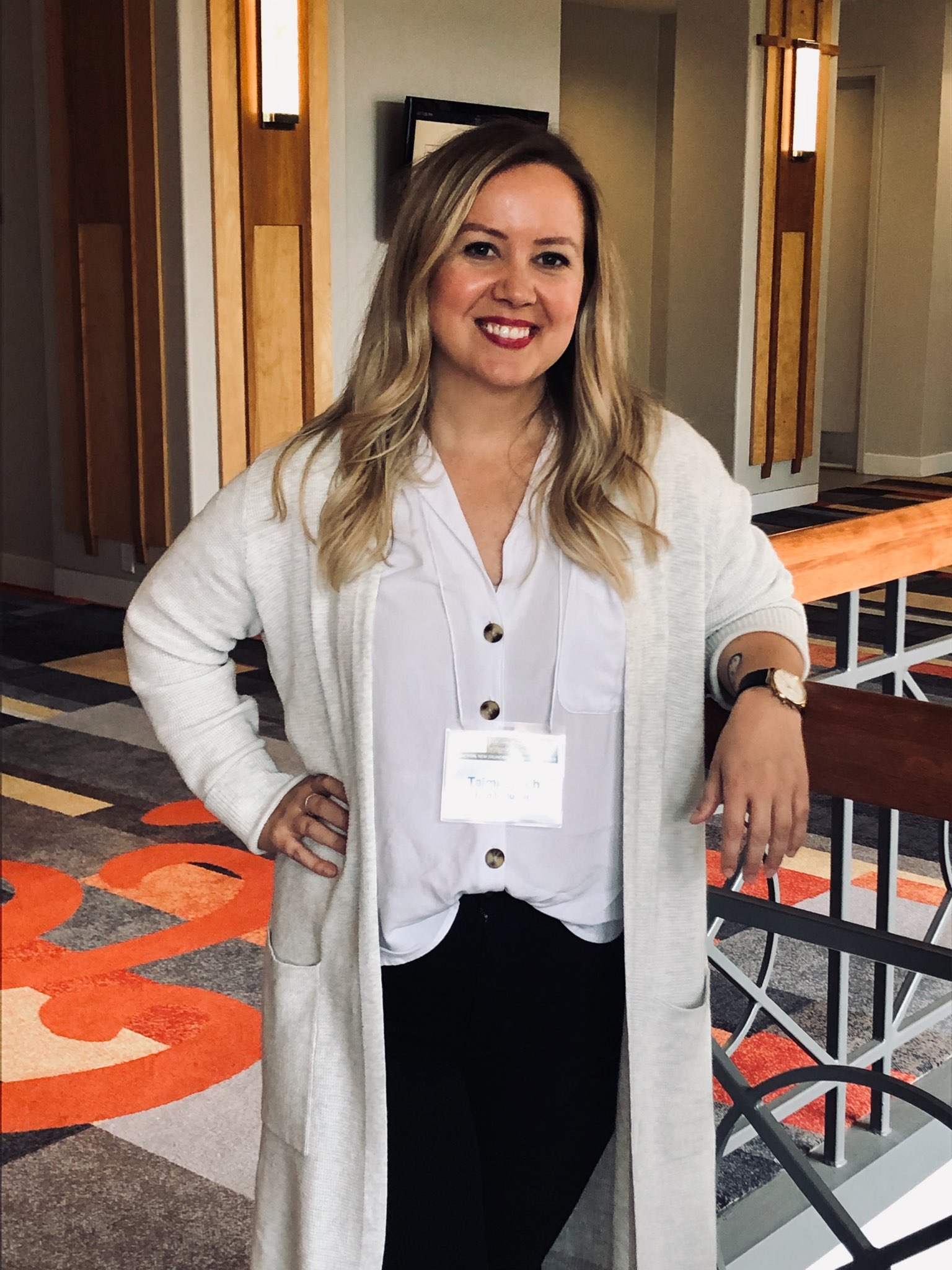 Taimi Lynch was born and raised in Thunder Bay, Ontario and currently lives in Toronto, Ontario. Taimi’s interest in Fabry developed as a result of the experiences of her good friend who lives with the disease. Witnessing the effects of Fabry first-hand has opened Taimi’s eyes to how debilitating it can be on a daily basis. Taimi’s goal is to help increase awareness of the condition and to be an active and positive member of the Fabry community by helping to make the lives of people living with Fabry easier. She joined the CFA board in 2014. Her focus is to continue implementing unique programs for children, parents, spouses, siblings, and all those touched that need support. 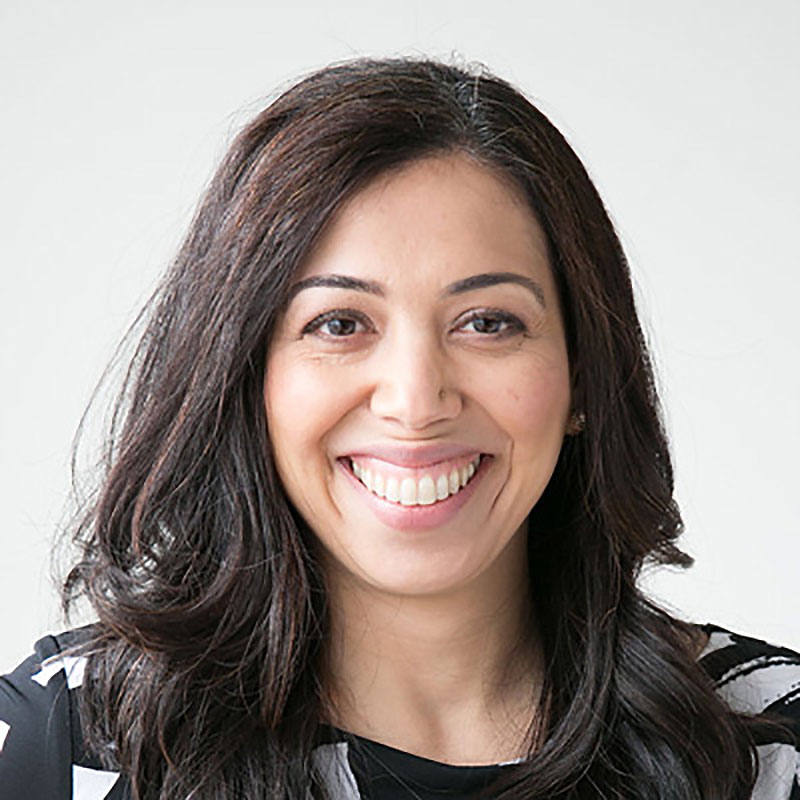 Dr. Seema Kanwal’s journey to naturopathic medicine was motivated by her enthusiasm for learning and a keen interest in the human body.  She obtained her B.Sc from Simon Fraser University and joined the Royal Canadian Mounted Police Forensics Laboratory in Ottawa, Ontario upon graduation. She was drawn to naturopathic medicine after experiencing its benefits firsthand and began her training at the Canadian College of Naturopathic Medicine in Toronto. Dr Kanwal has been a practicing naturopathic doctor in Vancouver since 2006.  She is one of few naturopathic physicians to hold pharmaceutical prescription rights in British Columbia and one of the only naturopathic physicians in Canada to be trained in the Apo E Diet. She is also actively affiliated with the Lil Divas Fitness & Lifestyle Program for girls 11+. The program is dedicated to combating the increase in teenage obesity by educating young women on how to make the right nutritional choices in an often unhealthy environment.

Lee Strauss lives in Kitchener, Ontario. Although he is not biologically affected by Fabry disease, it has affected him his entire life through seeing the daily struggles that his father was faced with in his life.  Fabry also affects Lee’s sister and it is very difficult to see her face many of the same hardships that his father also faced. Lee became a board member to continue as an active part of the Canadian Fabry Association. He assists by creating more awareness about Fabry as a rare disease, supporting the Fabry community nationally and continuously learning about Fabry with his family and other affected people.  Lee looks forward to learning new knowledge in the medical field of Fabry and continuing this journey with you. 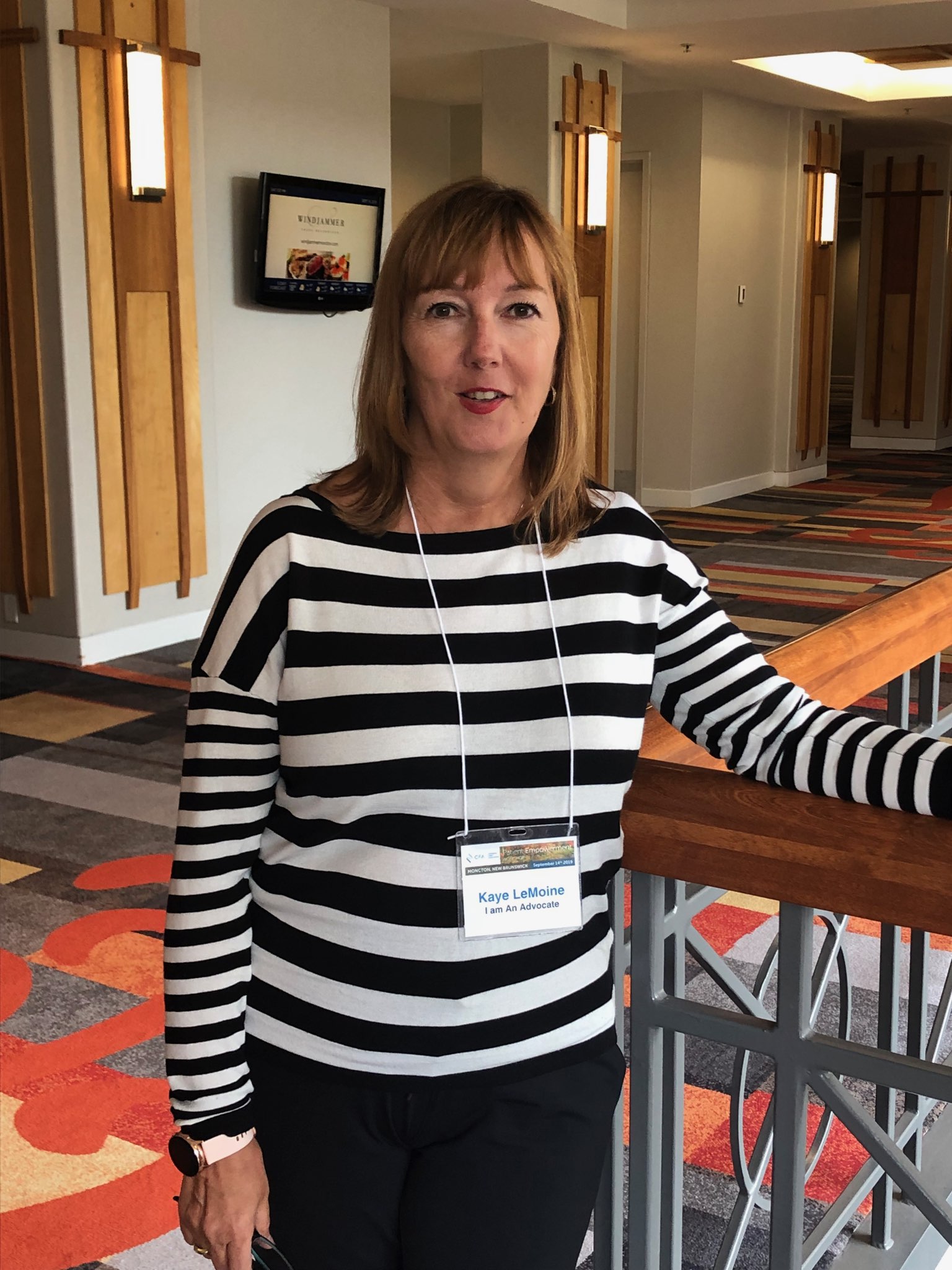 Kaye received her RN diploma in 1987 from Keyano College, Fort McMurray Alberta. Kaye has held a variety of nursing positions in the areas of orthopedics, discharge planning and home health care before pursuing her interests in research. Kaye has worked in Fabry research and clinical care since 2000. Based in Halifax, Nova Scotia, she is National Program Manager for the Canadian Fabry Disease Initiative, a multicentre national study of enzyme replacement therapy in Fabry disease. She has co-authored over 20 abstracts and been involved in numerous speaking engagements to share her 18+ years experience in Fabry Disease. Her work interests include research, Patient advocacy, disease awareness and education . 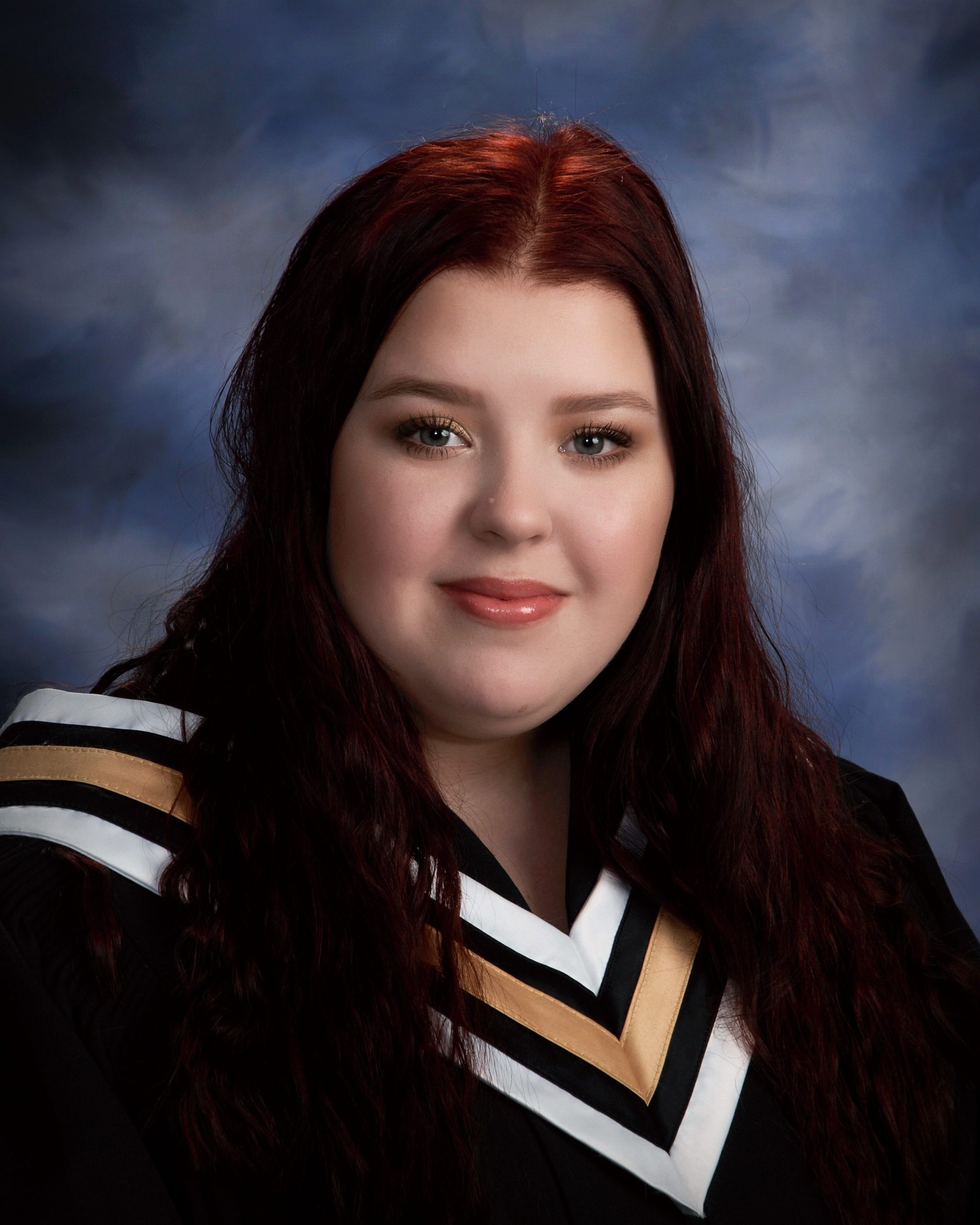 Emma Thornhill is a 17 year old from Parsons Pond, NL. She learned she had Fabry Disease in 2009 at the age of 7. Her Dad had Fabry and passed away in 2015 when she was 13. Emma is looking forward to meeting other people who also have Fabry Disease and wants to help younger patients who may need help understanding their symptoms.

Emma is our first Youth Ambassador for the CFA and will help our team better meet the needs of our younger patient community. We look forward to all she will bring. 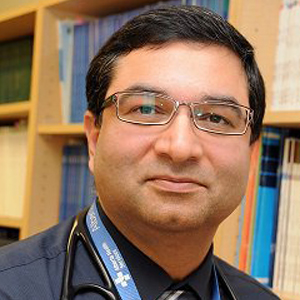 As a pediatrician, medical geneticist and metabolic diseases specialist, Dr. Khan’s research is to investigate novel methods of treatment of childhood onset genetic diseases. In February 2017, as a principal investigator, for a pan-Canadian group, they were the first in the world to treat Fabry disease with ex – vivo gene therapy and the first group in Canada to treat a human with an inborn error of metabolism with gene therapy at Foothills Medical Centre. He has been
nominated for the Alberta Health Services Life Time Achievement Award and we are fortunate to have him on our Medical Advisory Board.

If have any questions or would like to get involved, please fill in the form below.

You're now subscribed, thank you!

There was a problem with your submission. Please check the field(s) with red label below.

Your message has been sent. We'll get back to you soon!