Advocating for Women with Fabry

One Sunday morning when she was only 15, Julia walked into her parents’ room to tell them she was feeling pain in her hands and feet. Though Julia had always been relatively healthy, these symptoms were a special concern because her father, John, had a rare genetic disease called Fabry disease and he also experienced these symptoms. 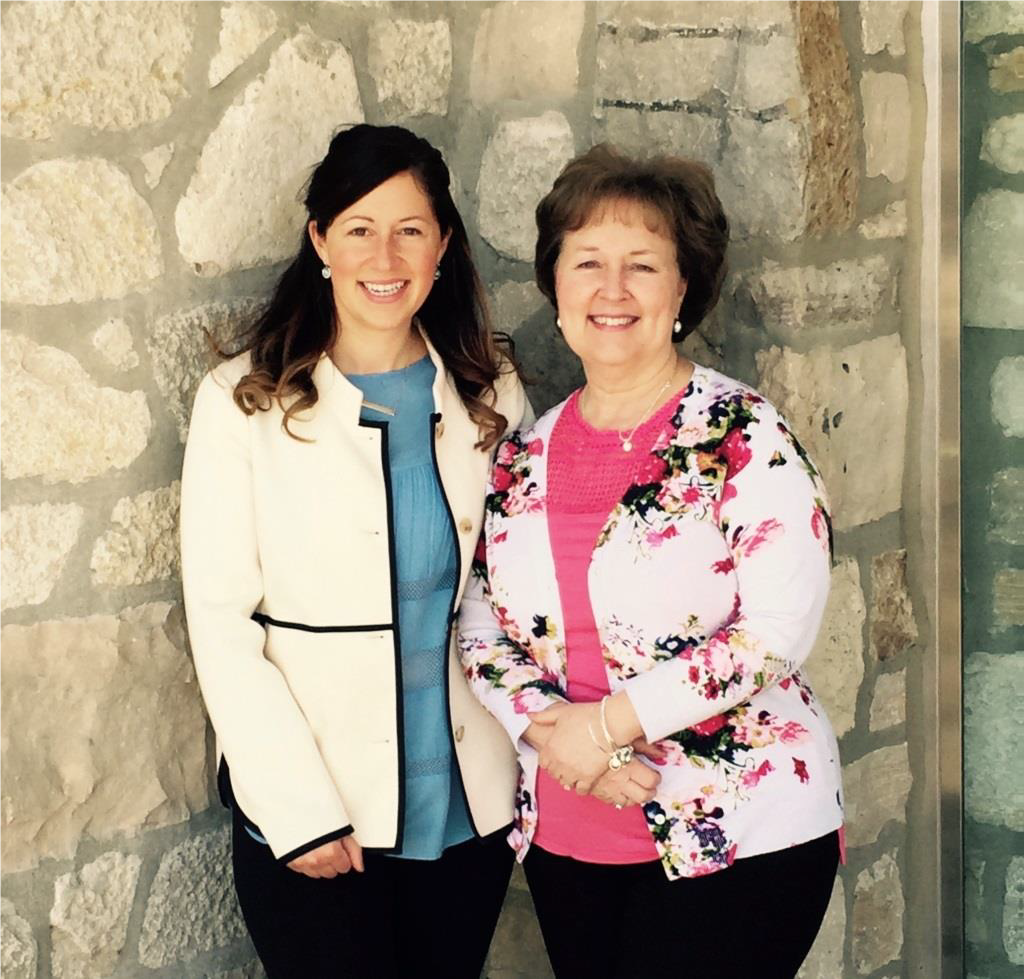 Julia’s parents, John and Donna, met when they were just 12 years old. During John’s teenage years, Donna watched as he experienced severe unexplained pain in his hands and feet and developed small dark markings on his skin called angiokeratomas. By the time he was 17, John was referred to a dermatologist who diagnosed him with Fabry disease. Neither John, Donna, or anyone they knew had ever heard of Fabry disease, but as Donna learned more about it she quickly recognized that this was a life-changing diagnosis that would affect both John’s health and many aspects of their relationship and their future.

Donna and John were married in 1975, and he continued to face health challenges including many pain crises and a decline in kidney function. Donna watched as John suffered while at the same time learning to be an advocate for own his health. Following a kidney transplant in 1984, John’s health improved a bit, allowing him to continue to work for many years. During that time, Donna remained dedicated to helping others affected by Fabry disease.

Sadly, in 2004 John collapsed at work and died of a heart attack caused by factors that may have been complicated by Fabry disease. Though she faced a devastating loss, Donna found strength in her commitment to helping others with Fabry disease. She recalled, “The day my husband died, I was at a meeting to talk about opportunities to launch a Fabry advocacy organization in Canada. After he passed, I knew I had to carry on with that mission. Through the early years of the Canadian Fabry Association (CFA), I worked as a board member. I participated in demonstrations, met with health ministers in Ottawa to advocate for reimbursement, and traveled throughout Canada to meet with patients.”

Also coping with the sadness of losing her father, their daughter Julia made the decision to join her mother in the effort to advocate for Fabry disease patients.

“As a person living with Fabry myself, I understood that knowledge is power,” said Julia. “I wanted to help people with Fabry become champions of their own health. Through advocacy, we can help people focus on what they can control, not what they can’t.”

A broader focus on women with Fabry

Fabry disease is an inherited disorder that was once thought to affect only males. Females were only considered to be “carriers” because it was believed that they carried the gene for the disorder without developing symptoms. In the past 15 years, knowledge about Fabry disease has increased significantly and now clearly demonstrates that females with Fabry disease can experience a wide range of symptoms.

Recalling her feelings on being told she was a Fabry disease carrier, Julia explained, “I think being diagnosed as a carrier can give women a feeling of the unknown, while for most men with Fabry you know the course of the disease. The unknown can cause feelings of wonder and fear. Many women with Fabry have symptoms but are not taken as seriously.”

To honor John and help others, Donna and Julia have developed and supported materials and other services that address the unique challenges faced by women with Fabry disease. “There is so much more information about Fabry in men. We need to help women build a better understanding of how Fabry disease can affect them and that symptoms can vary widely. For so many women, it is a silent disease,” Donna says.

In the earliest days of the CFA, there were only two patients registered in Canada. Donna recalls the time when efforts to bring patients together were extremely difficult. Today, she is proud that there are more than 500 patients registered, more than half of whom are women. A few years ago, the CFA held the first weekend retreat for women with Fabry, a point of pride for Donna and Julia. “We had a weekend event, but we could have gone on for a week easily,” recalled Donna. “It was emotional and inspiring. We find that women are much more willing to open up and share information. We absolutely need more opportunities for women with Fabry to meet.”

As awareness of the impact of Fabry disease in women continues to expand, Donna and Julia are planning for the future and the opportunity to develop even more resources for women with the disease.

“Information about building a family is a critical need for younger women. After a diagnosis, women want to understand how and if their children will be affected… and they need to be prepared for a lot of guilt if their children do develop Fabry. We also need more information about disease progression in women. It is still difficult for many women to figure out where they fall on the Fabry spectrum,” Julia says.

“Information that focuses on women’s health from childhood to family building to menopause is really important. Women with Fabry disease also really want wellness information– including options like yoga, stress reduction, diet and mindfulness. Our plan is to focus more on the full range of issues that affect women with Fabry at every stage of their lives in the years ahead,” Donna adds.

If have any questions or would like to get involved, please fill in the form below.

You're now subscribed, thank you!

There was a problem with your submission. Please check the field(s) with red label below.

Your message has been sent. We'll get back to you soon!